Diffie-Hellman is quite an incredible algorithm, it appears to violate common sense and achieve the impossible. It allows a shared secret to be exchanged between parties without having to ever transmit the entire secret

Suppose we have an insecure channel and two parties who have never met (no offline exchange of keys). We want to secure our conversation with a shared secret but we obviously sharing the secret over the insecure line would defeat the purpose. 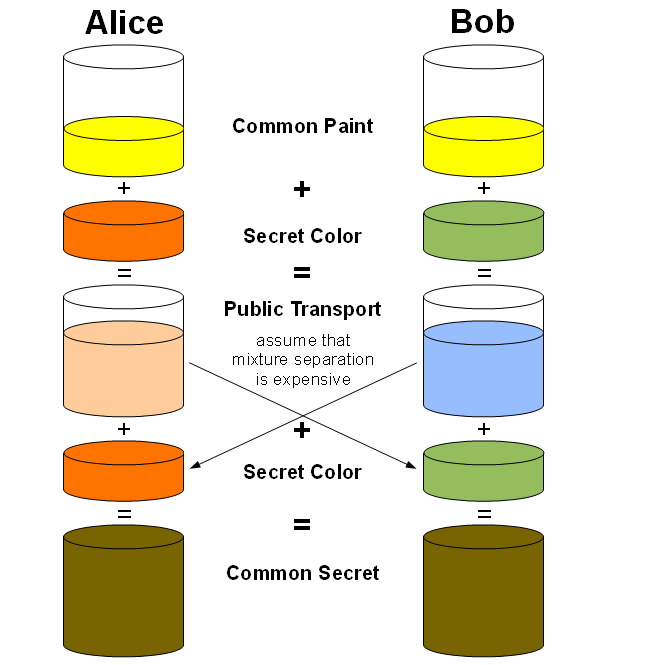 We have our server Alice and our client Bob. Because Alice is a server, she has already come prepared with the parameters p=23 and g=5 where p is a prime, and g is a primitive root modulo p

These parameters define a function that both parties will use to generate a value. So in our case, both sides will have f(a) = na mod 23

Alice and Bob each compute an output of this function and share it with eachother, importantly, they keep secret what input they used.

Knowing that the secret value she used was 6,Alice defines the function f(n) = n6 mod 23
Bob does the same thing using his secret key.

Both sides end up with a congruent key that can be used to secure the channel without ever actually transmitting it.

Can you work out what value Bob used? In this example, it's not very hard as the numbers are small. The difficulty of this with large numbers is the basis for the security of DH